Architem is an established architecture firm in Montreal, Quebec. They create innovative and modern designs. However, their website was not made to be responsive. As a result, the mobile experience is quite poor. As they loved the original design, I rebuilt the site to appear identical to the original but with added responsiveness.

Keeping to the Original

Architem wanted the desktop version of the responsive site to look identical the what they already had. Unfortunately, the original site was not built with elements that allow for responsiveness. As such, I had to rebuild the site to look exactly the same, but with proper elements that would be compatible with modern responsive design. As I was rebuilding the site anyways, I also converted it from static HTML to WordPress. This was done to allow Architem to edit their content easier. 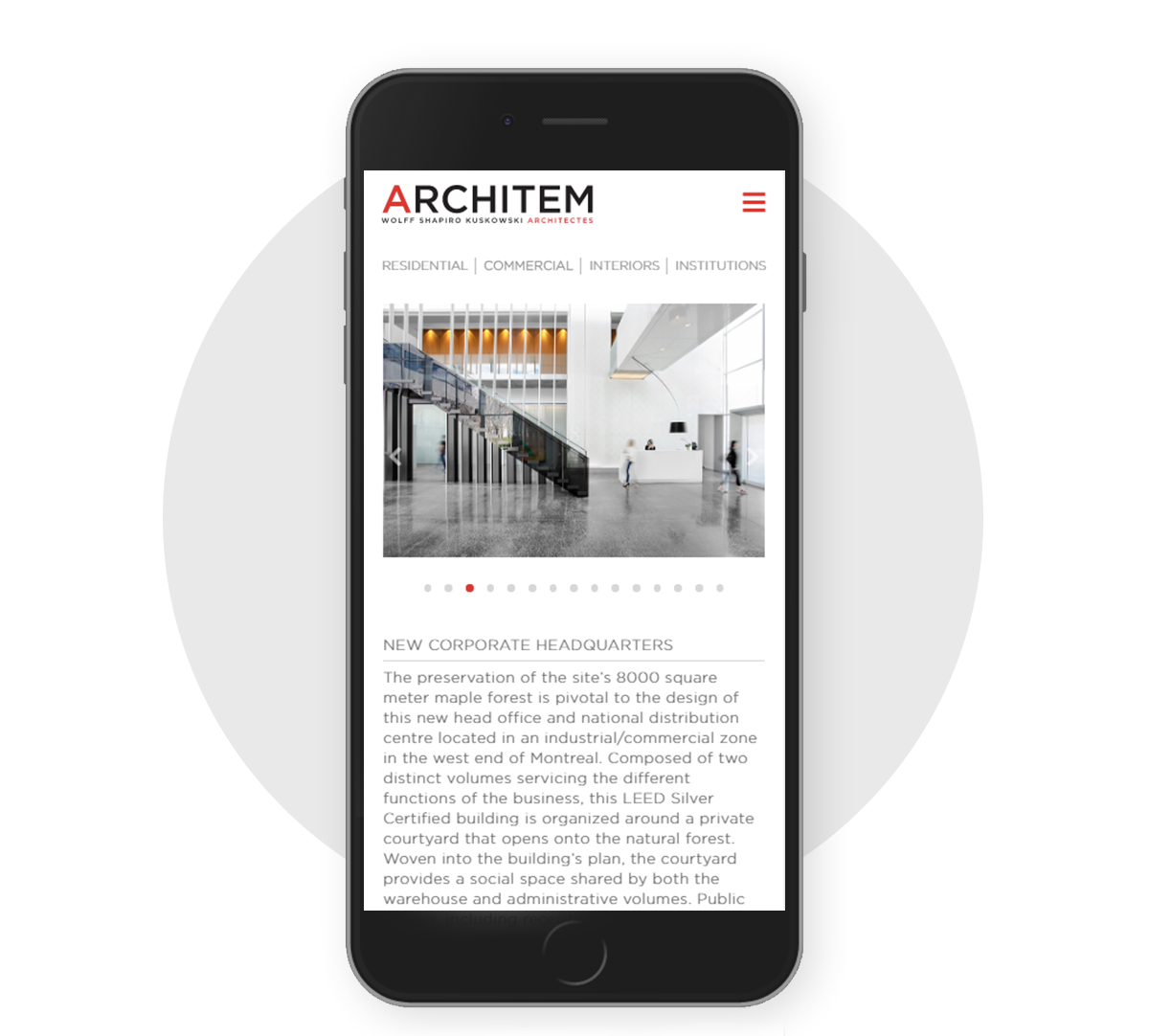 As the clients had a keen eye for design, they had a vision of how the new mobile version of the site should look and function. After a few rounds of revisions and fine-tuning, I developed a product that they were extremely happy with that kept true to the design of their original site.